A Georgia native, I migrated to the mid-Atlantic after graduate school and then jumped across the country, checkers-style, when Washington beckoned the second time. After a traditional communications career in the natural resources sector, I discovered the Internet pre-Mosaic and have been online since the early 1990s. In 1995, I built and ran one of the first political candidate websites in Washington state. I taught web design before HTML 3.2 was a recommendation. And I rode the dot-com boom as a communication consultant who could speak web, until the crash.

In 2001, I began my career as an academic, first teaching technologists about communications, then teaching communicators about technology. Now my focus is user-experience.

For almost five years, I covered politics for About.com; for three years before that, I covered agriculture. I managed the website for King County Elections for a decade. And I’ve been a contractor (writer, geek, trainer) at almost all the Puget Sound majors.

I rode a motorcycle (as a passenger) in graduate school. In 1998, I woke up one morning and decided I wanted a motorcycle. Later that year I bought a 1981 BMW R65. In 2000, I started teaching the motorcycle safety class and did my first long-distance ride: 6,000 miles in two weeks, raising money for breast cancer research.

As an only child, I learned to entertain myself. Books were an escape but taking things apart and putting them back together (hopefully with no left over bits) was a delight. Science projects. Crafts. Art.

In college, I learned newspaper publishing and applied my math and spatial skills to mocking up a bi-weekly campus newspaper as well as a monthly magazine. Eventually I graduated from xacto knives and wax to the print shop darkroom as I learned the sheet-fed press trade. At the dairy cooperative where I landed after graduate school, I created the organization’s first annual report.

Just before I left the University of Georgia, I became acquainted with Fortran and wished that I’d met computers sooner. A few years later, I bought a PC and began reducing publication production time by providing my printing company with a formatted floppy disk.

I built my first web pages in the early ’90s and almost immediately learned (through spirited criticism) about HTML structure. Ah, we weren’t supposed to use the header tags for formatting. (Even though the programmers had broken information hierarchy with font size choices!) When I built a gubernatorial candidate website in 1995, I didn’t yet understand that we were early adopters or that it would take a few election cycles for the web to become a major component of political campaigns.

I help others create things

At Seattle Central Community College, I helped develop the web design program. At the University of Washington, as the second hire I helped shape the Master of Communication, Digital Media program. As a consultant, I helped Lake Washington Technical College develop a four-year degree, one of the first steps towards becoming Lake Washington Institute of Technology. Today I’m an adjunct at Bellevue College and UW, focusing on technology and user experience.

An early member of Seattle Webgrrls, I was part of the leadership team that broke with New York and launched Digital Eve. For several years, I hosted a monthly lunch for Eastside members, long before such things were reborn as MeetUps.

And along the way I’ve also helped students, other faculty and interested professionals create podcasts, shoot video, enhance photographs, write essays, develop blogs, edit Wikipedia, build websites — empowering others to be creators in their own right.

Through consulting, writing and conference presentations I share what I’ve learned in the hope that my experiences can shorten someone else’s learning curve.

Perhaps it’s my journalism roots, but making design decisions based on who is going to visit a website has always seemed logical to me. Don Norman’s book The Design of Everyday Things introduced me to usability concepts, and soon I became an ad hoc tester. I learned about personas and scenarios, use cases and test scripts. Invariably, I find the digital pothole even when I’m not looking for it.

And I’m passionate about justice

We learn in kindergarten that the world is not fair but that doesn’t mean we should accept a world that is unjust. Justice means more than the right to an attorney or a trial by a jury of your peers. It means a society that is truly color-blind, gender-neutral, sexual-orientation blind and last-name agnostic. It’s the opposite of a society where “the other” is feared and maligned.

How do we get there? Awareness is the first step, followed by naming names and then changing “the norm.” It’s happened with cigarettes, drinking-and-driving, littering. Raise awareness and when the time is right, the change will come. What better way to raise awareness than with digital tools? 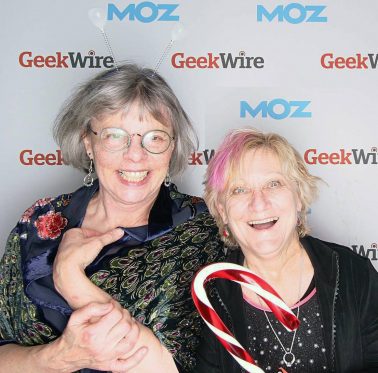