Subject matter guide for About.com. I was recruited by The Mining Co. and joined as the guide for agriculture when the site had its first expansion post initial launch. The crash led to a wholesale reduction in topics; agriculture was never a logical topic for the consumer-oriented site. In 2004, I returned to About as the U.S. politics guide; I left again after the Obama inauguration. 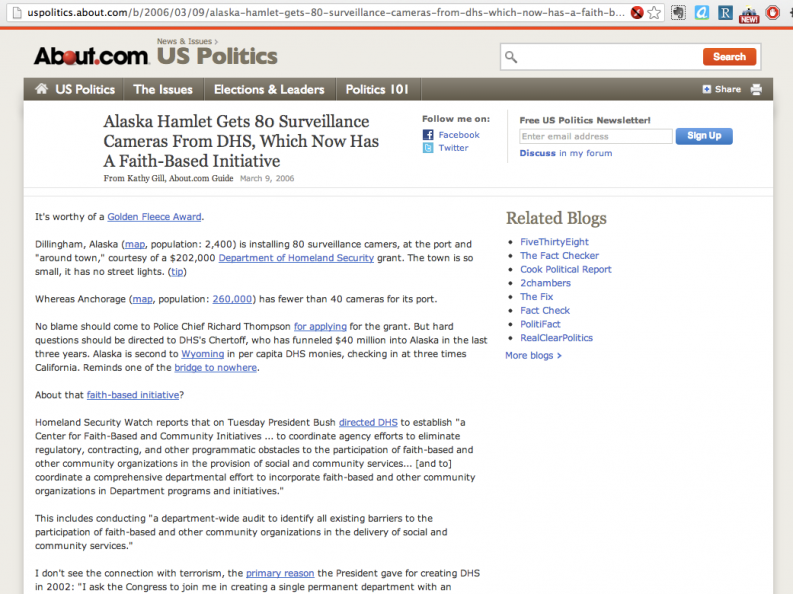